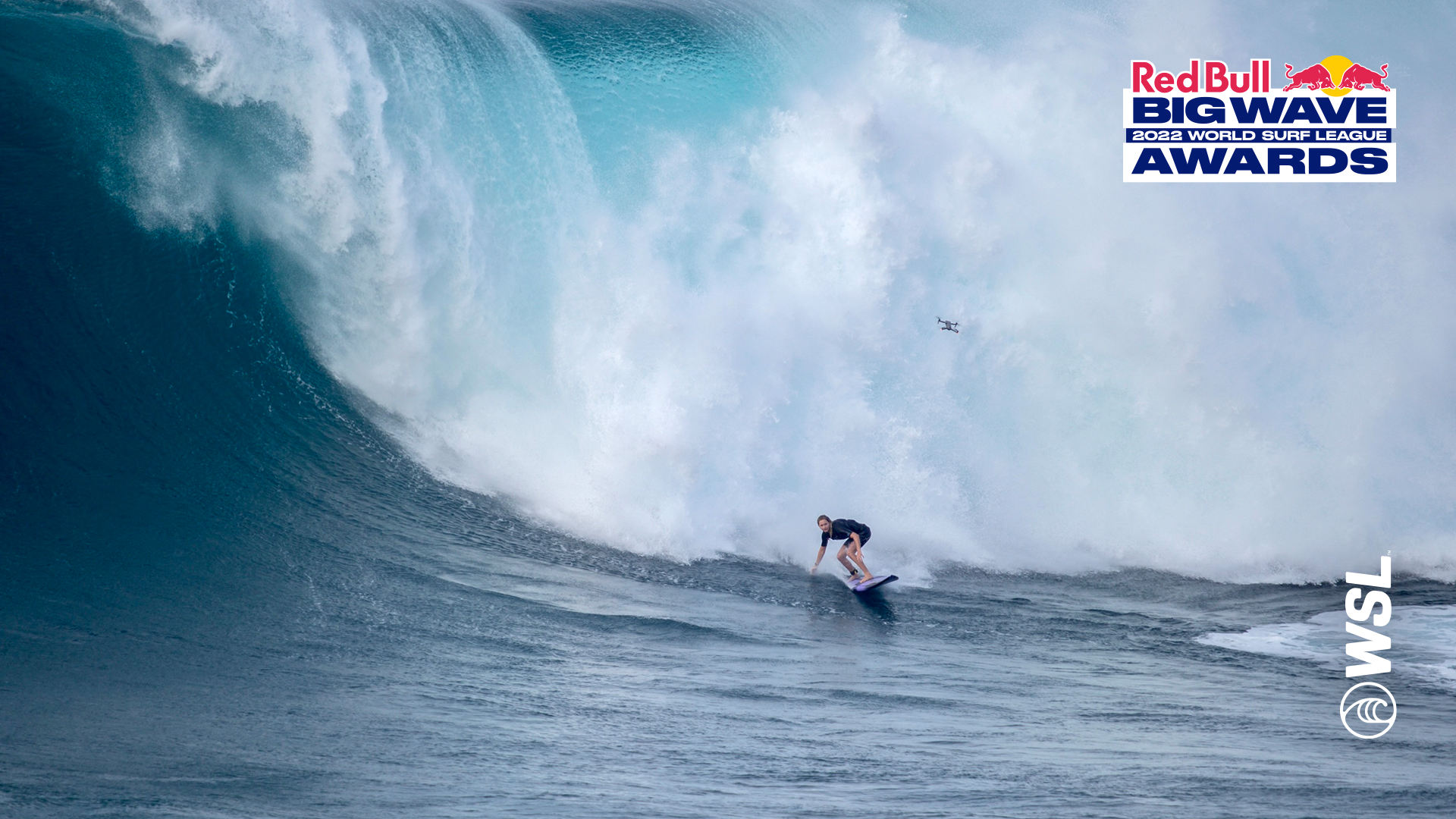 This year’s Red Bull Big Wave Awards received over 300 submissions with some of the heaviest and most amazing big waves ridden throughout April 1, 2021, to March 31, 2022 Big Wave Awards season window. All submitted waves were evaluated by a comprehensive judging panel formed by WSL judges, former pro surfers, and big wave specialists.

“Huge congratulations to this year’s Red Bull Big Wave Awards winners,” said Jessi Miley-Dyer, WSL SVP of Tours and Head of Competition. “The level of commitment we’ve seen this season has been amazing and I’ve been really impressed with all the nominated rides. Justine Dupont has to be the standout for me this season, with two award wins and nominations in every category, she’s really cemented her dominance on the big wave world!”

Ride of the Year
The Ride of the Year is awarded to the surfers who demonstrate the most advanced and committed level of big wave surfing during a successful ride, as judged by available video footage. While raw size is taken into consideration, it is ultimately the level of performance that is rewarded.

Justine Dupont (FRA), who was nominated twice in this category, won the women’s award for her ride at Teahupo’o, Tahiti on August 13, 2021. Francisco Porcella (ITA) is the men’s winner for his ride at Jaws, Hawaii on November 2, 2021.

Biggest Tow
The Biggest Tow Award goes to the surfers who, by any means available, catch and ride the biggest wave of the year.

This year’s winning rides were both from Nazaré in Portugal, where Dupontclaimed her second award this year in the Biggest Tow category for one of three waves on January 8, 2022, while Mason Barnes (USA) took the men’s award for his wave on February 26, 2022.

To watch all the winning rides, please visit WorldSurfLeague.com/redbullbigwaveawards.